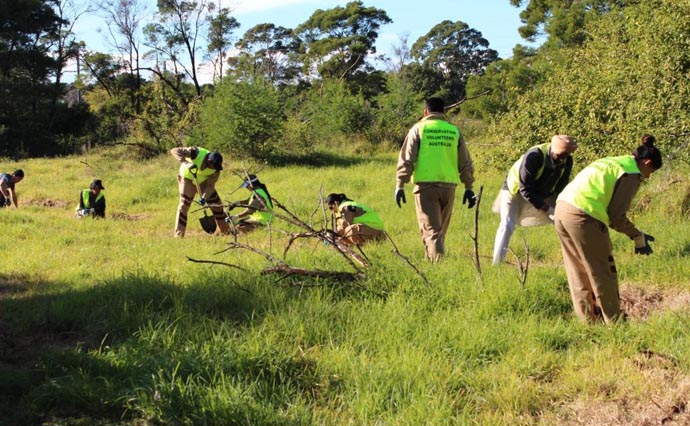 On seeing the devotion and passion amongst the followers, Council officers contacted the volunteers and asked that they were planning to conduct an unscheduled tree plantation drive. Would they people accompany in that drive scheduled to be organized on June 18, 2012.

13 members of Shah Satnam Ji Green ‘S’ Welfare Force Wing reached at the specified venue and planted 2000 saplings in approximately 2.5 hours. After tree plantation, they conducted Naam Charcha (a spiritual programme where hymns are being sung) and extended heartfelt thanks to His Holiness Guruji. Noteworthy, last year Australia stood first in tree plantation and charity for the welfare works. All over the world, they got second position followed by Haryana by planting 40233 plants.